In which I complain about having too much to do, then start going all insane about all the cool stuff you so need to see, ask you to test the Plasma 5 beta2 and then on to the wallpaper competition and the last leg of that.

Right first off - I am swamped. I know it's not good that I skip the monday reports but lets just say I had to cut down or something or skip sleep entirely... sry guys, I know reports are relevant, but not as relevant as "working on Plasma Next and Next-next" (yes there is a Next-next in the works :) ) so I hope you forgive my tardiness.

Right on to the awesome stuff. The screenshots are all from Sebastian "Il Capitano" Kügler who is hacking away like his life depended on it. These are all "where we are now" - and check below for "where we're heading" hints.

This is the new login screen - there are plenty of fiddly bits to deal with but it's the first step towards making a unified login experience. Yes the work is still far from over but it's getting closer every day. 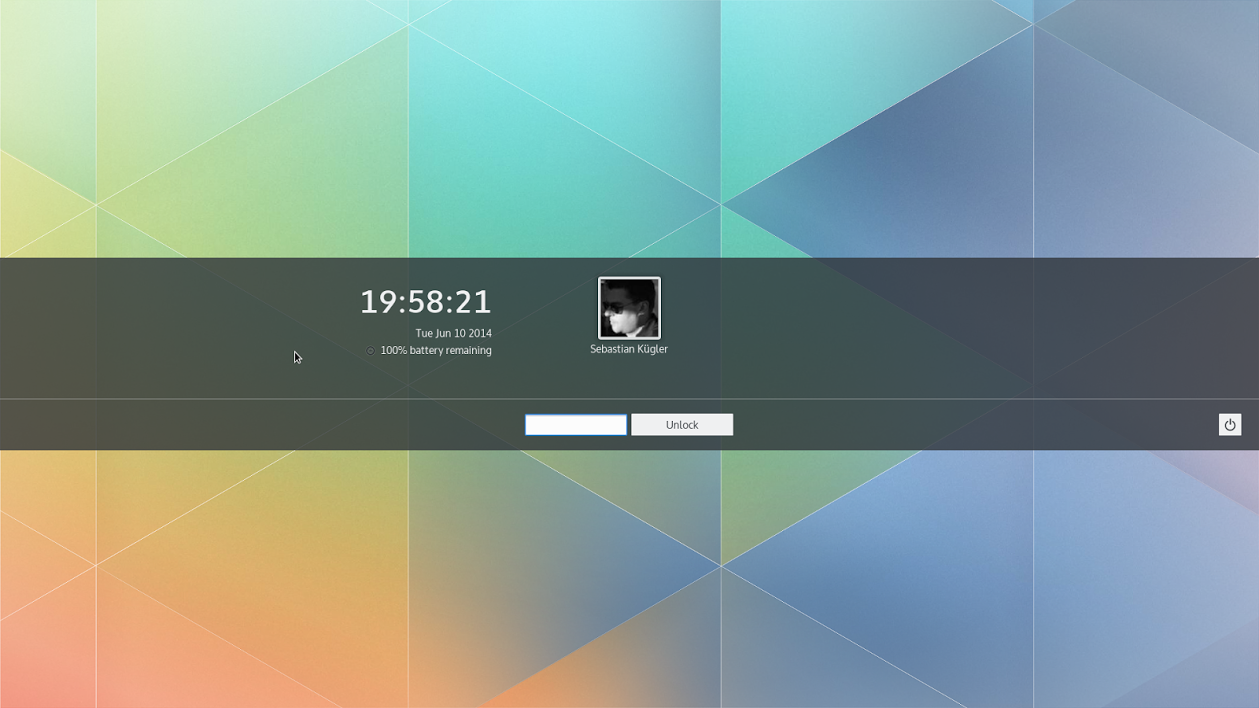 So you've logged in have you? Well this is what you'll meet all the system tray icons have been reworked the new Plasma Theme "Breeze" is there and you can see the new wallpaper switcher as well as the new layout for the Application Launcher. Please note that Breeze is transparent - only that its transparent with some dark magic by Marco Martin making the background fuzzy and desaturated. 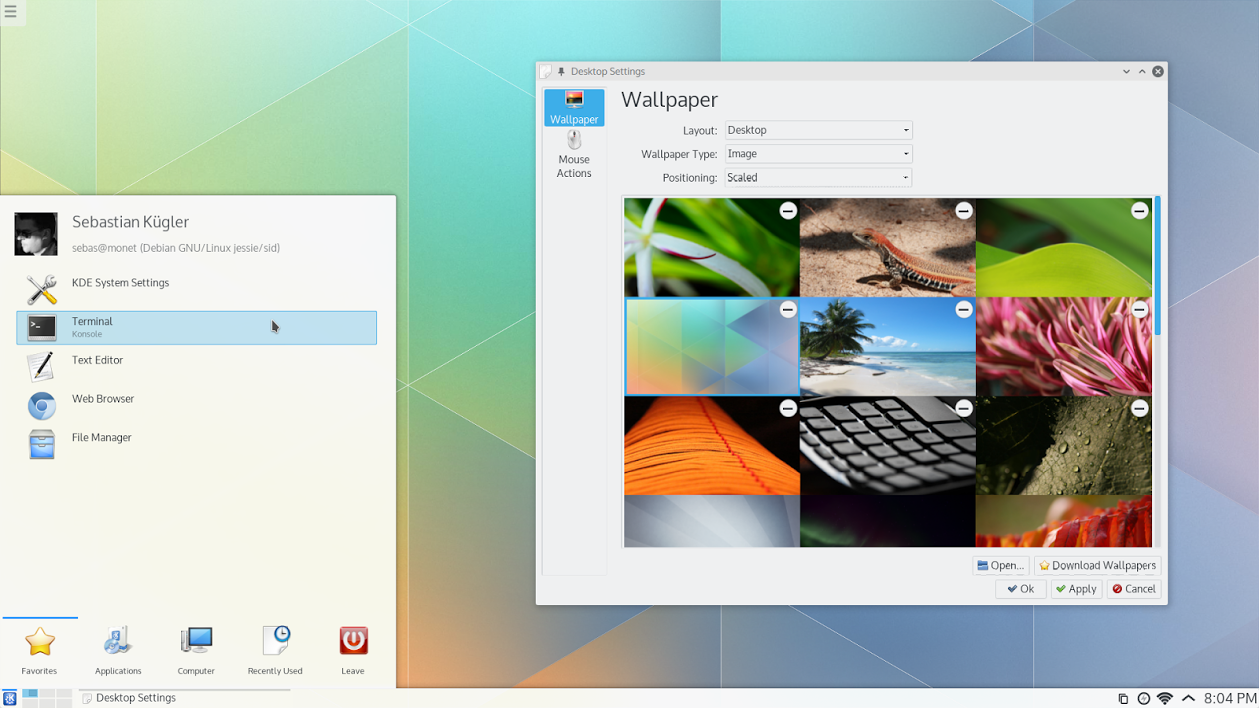 Below is the new battery and brightness tray in the systray. Notice that there are two screenshots, one with the layout as is and one with the new icons. The icon sizes will be fiddled with but when have I ever NOT shown you guys and girls some work-in-progress love? 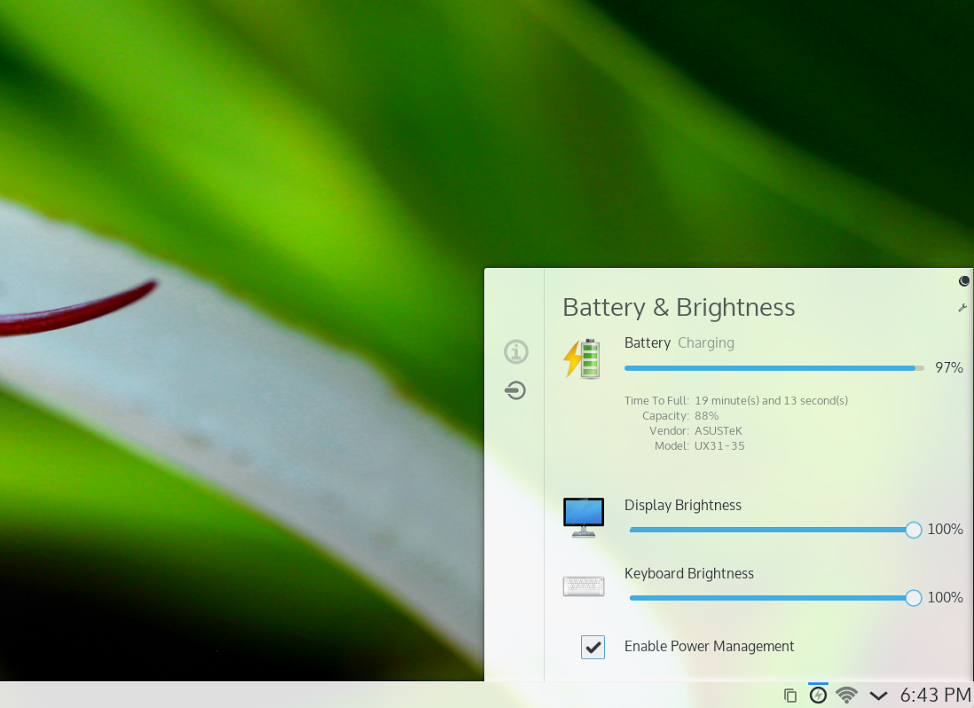 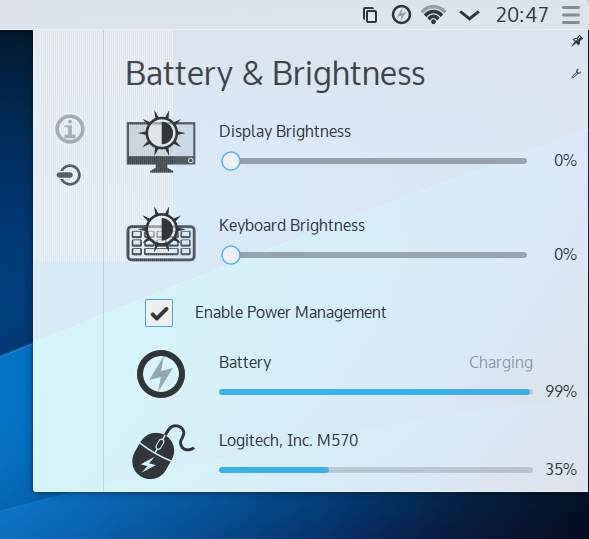 So the switcher has gotten some revamped workings too based on the Activity Switcher by Ivan Čukić to try to make the entire feel of the switching a tad bit more unified and safe for users. 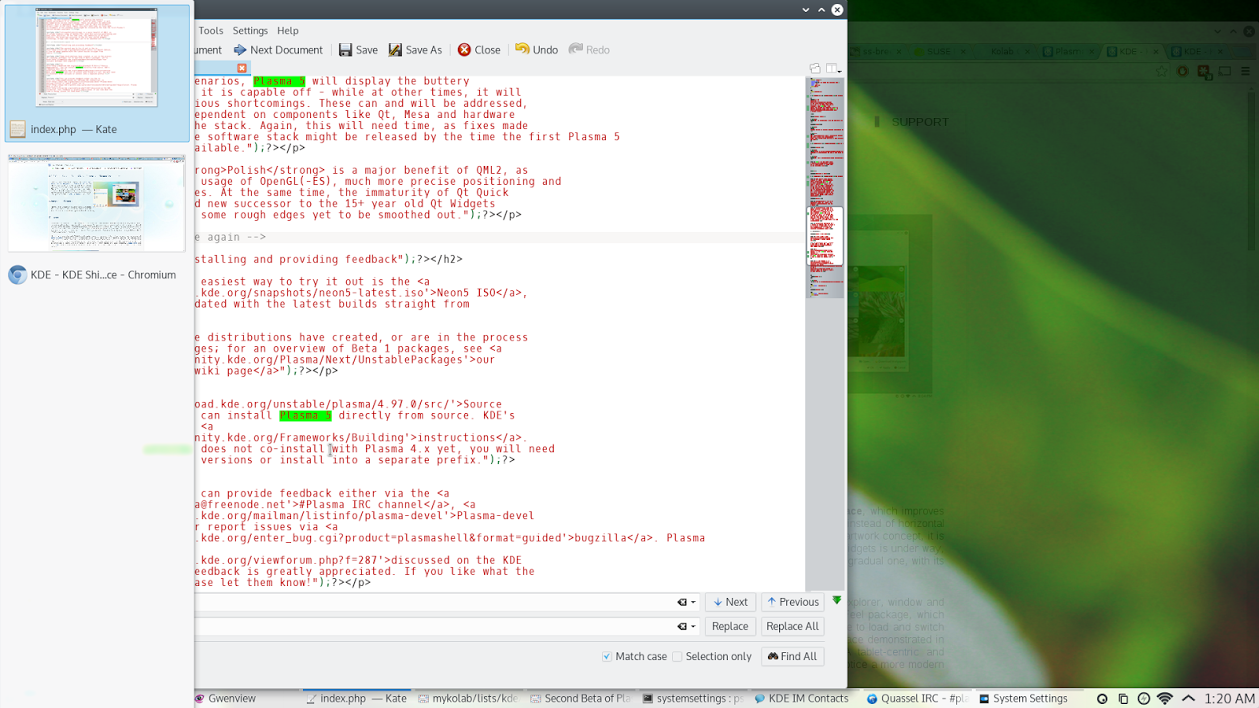 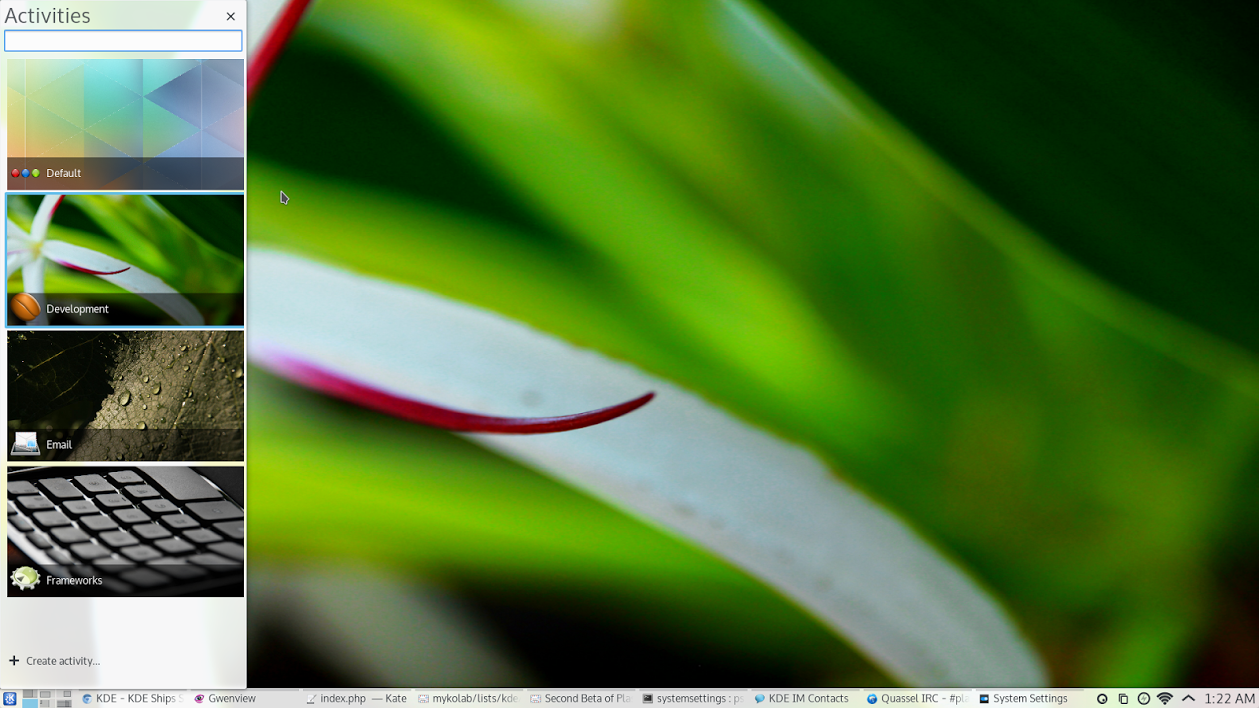 Below is a pop-up for a new message - now granted not much of a change BUT the work is being done on the layout of the thing. Essentially the Icons size in comparison with the Header and the subheader. 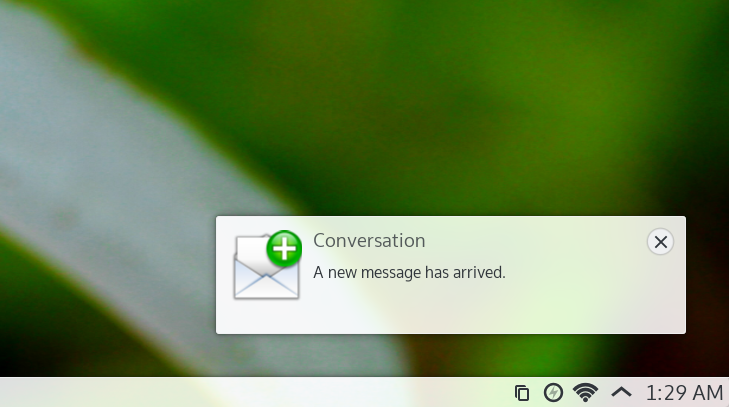 Here's the new Networks Systemtray dohickey - you look me in the eye and tell me that isn't the most awesome thing you've ever seen! As you can see a MASSIVE part of the work has gone into trying to make Plasma feel more unified in its design, trying to make it part of an entire whole instead of different details. The work is far from over but you gotta admit, this is nerve-tinglingly (should be a word) good! 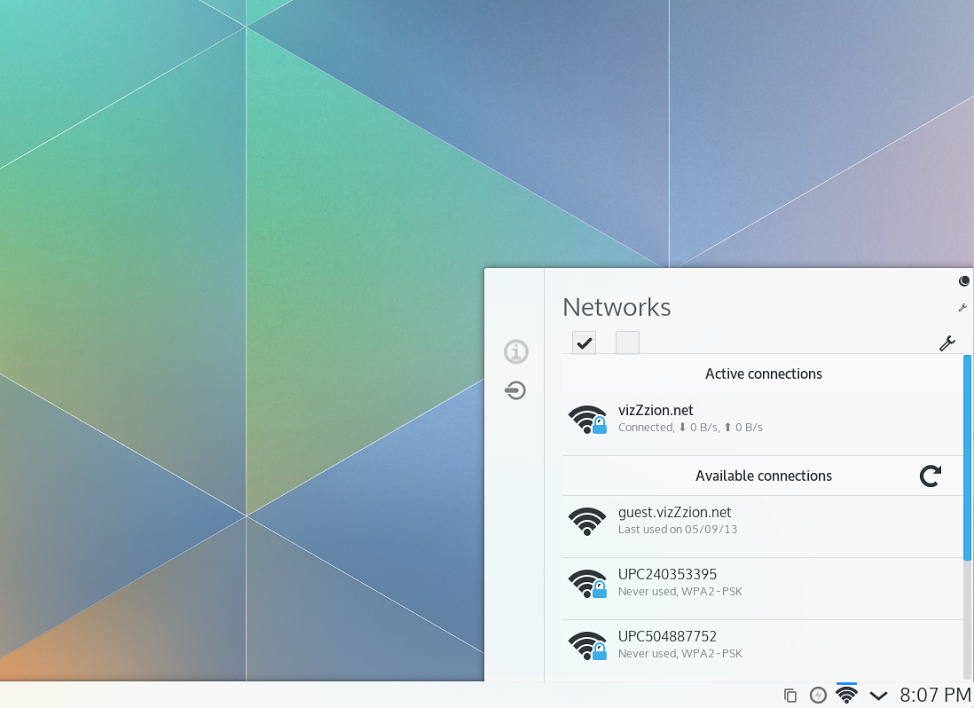 The calendar... Now now before you go all bananas and think "Where's my daily planner bit!?!" the reason it's disabled is because we don't have support for it in PIM just yet. So better disable it by default than bring something that doesn't work amirite?

Also note the Breeze windowdeco. It's there now :) 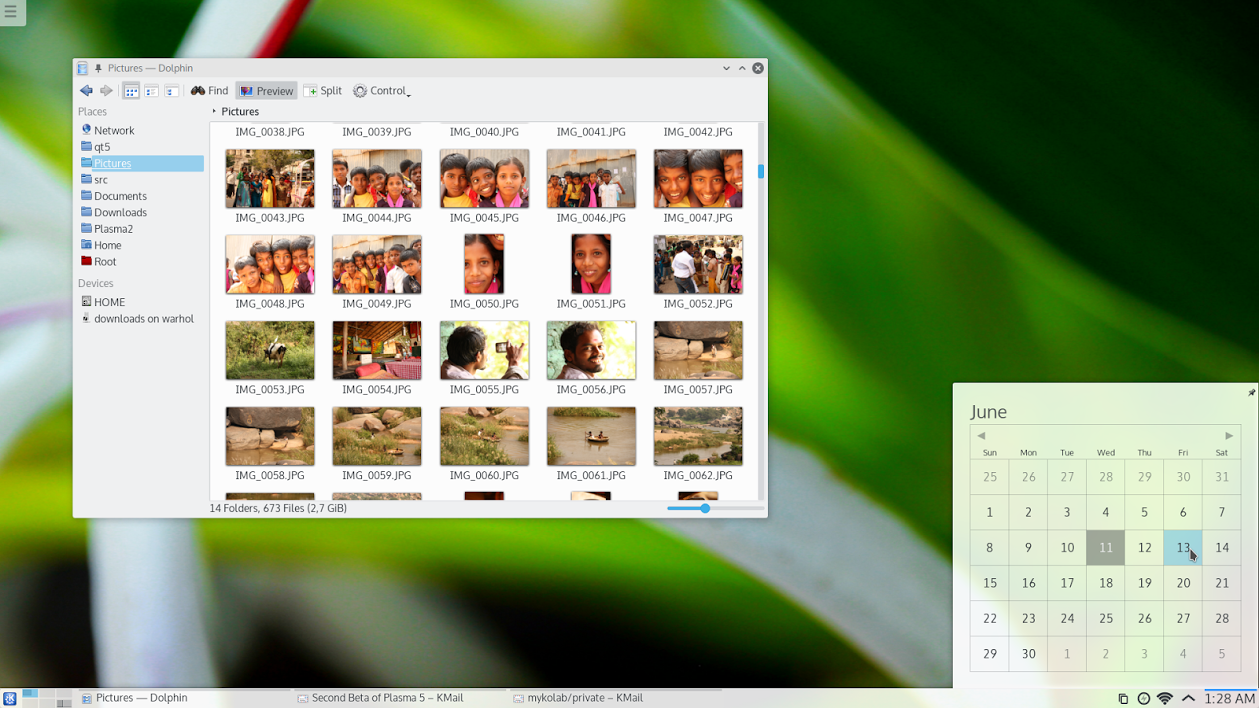 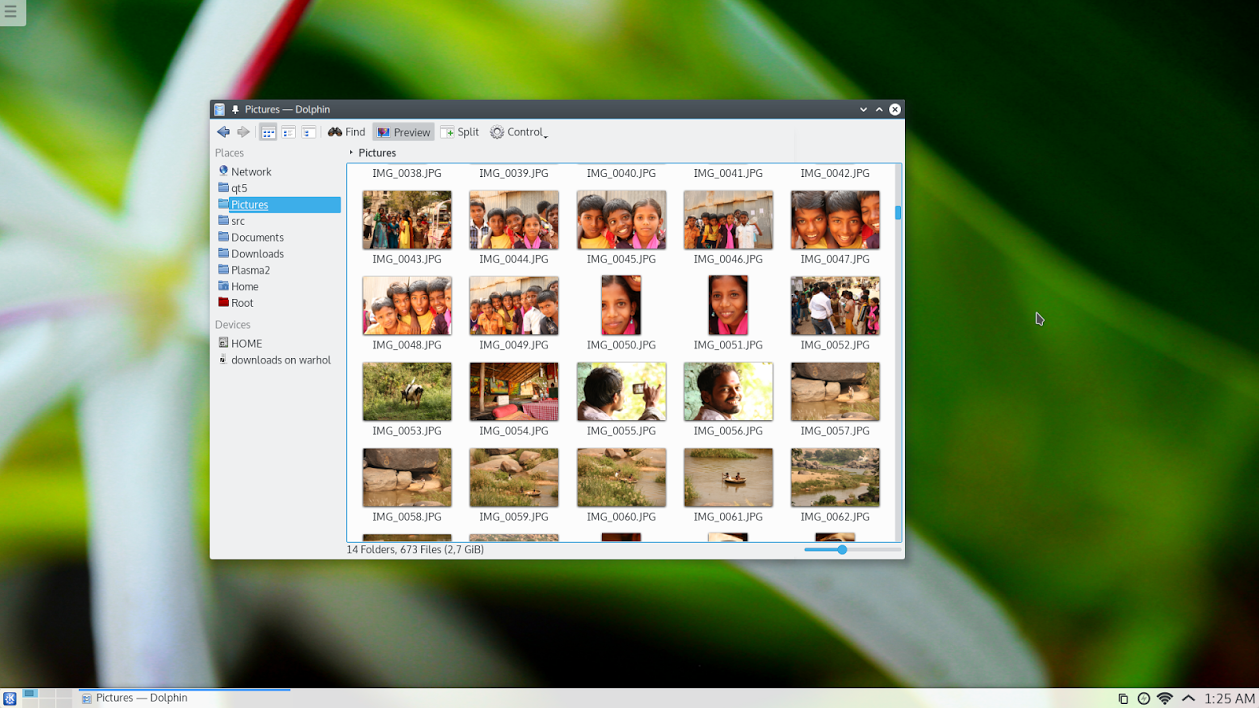 Where can I get my greasy mitts on all this magical goodness you ask? Well young madams and sirs you can download and test the Beta 2 of it following the instructions of Jonathan Riddell on the Dot remember that this is for testing only. And please please please write in bugreports and test it thoroughly the better its tested the easier the work becomes!

Wallpapers! What about the wallpapers? Well the competition is at its final stage. But hey I'll post ANOTHER blogg post in a few seconds ok? It'll be easier for you guys.

Oh oh oh before I go any further I will whisper to you all a secret... "The system settings are being worked on and although its to early to show anything... lets just say when I saw the current version of them I went "ooooh daaaaaaaamn!" so loud my husband asked what was up" ... I cannot explain how brilliant this will be... ooooh! :D:D:D


Ok I gotta dash, have insane amounts of work to get to and I'll try to do these things properly each week but IF I don't rest assure that the only thing stopping me is because I'm working on something brilliant!